Africans Must Close the Baby Factories 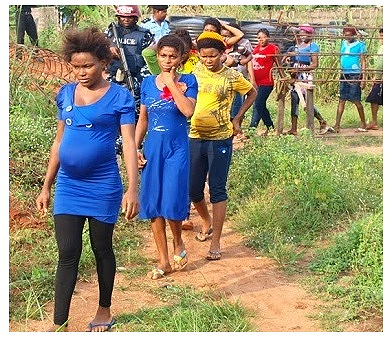 Africans must close the baby factories now! Human life should never be commodified. When we engage in such unethical practices as using women to have babies so those babies can be sold for profit, we are not serving the Great Spirit that is the Universe, we are serving the Devil. Evil and destruction will continue to reign in every Black society that engages in such unethical practices.

In my 20s my friends and I made jokes about girls who seemed to have babies every year. They had no man but they had a child hanging onto their leg, another child in a stroller and they were pregnant as well. We knew it was mean but we used to call them baby factories. The truth was that the guys that were knocking them up were no better than them.

The general consensus was that girls like them were suffering from low self-esteem which made then easy prey for guys who were only interested in sex. Some people even labeled them as ghetto queens who were simply having a lot of children so they could live off government welfare. I never thought that decades later I would hear the term Baby Factory again but since I’ve been paying more attention to African news, that term has been popping up quite frequently.

It seems that devil minded people have made producing babies a business. They are either paying women for their babies or they are setting up guarded group-homes to house multiple women like Chicken to produce babies. Police are busting up these businesses and releasing the women but as they bust one, two more open. Authorities in several African countries refer to these illegal businesses as “Baby Factories”.

I’ve heard of similar things happening in China where the one child per family law induced criminals into kidnapping and selling boy babies to families that couldn’t have children. Never did I think that I would see Africans doing similar things but since there are no one child per family laws anywhere in Africa, why are criminals creating baby factories? Apparently, the reasons are just as unethical as the practice itself. They range from foreign adoption racketeering and organ harvesting to Ritualistic human sacrificing.

Criminals have noticed that white foreigners love to adopt African orphans. In fact, compared to the wide range of orphans available worldwide for adaptation, African orphans are the easiest. Criminals therefore use baby factories to feed the orphanages while taking a cut of the profits. The second source of money that criminals make through baby factories is through organ harvesting. Similar to the adaptation business, there are foreign organ hunters who travel into Africa or flush sub-Saharan Africans up into the northern Arab regions where they perform their dirty work more easily.

The waiting lists for organs in North America, Europe, and the Middle East are extremely long. Therefore, those who have the money to pay usually will get essential organs such as Hearts, Kidneys, and Livers in weeks or months on the black-market and the organs usually come from people in Africa.

The third and most devastating outcome of babies born in baby factories is that they are sold to local ritual workers. Ritualism is a very serious problem in a lot of African countries. Politicians, business people and even Christians and Muslims still resort to ritualism to try to attract fortune, attain fame, and restore good health. Ritualists have resorted to using all sorts of things to enhance the power of their potions that they sell to their customers.

Ritualists sacrifice animals, steal corpses from graves, kill and dismember people, but most of all, they love to harvest the energy of innocent children thinking that it will produce the greatest power. The infamous Liberian warlord “Butt Naked” confessed that before every raid on government forces he and his men/boys would strip naked, bring in a young child, open him alive, take his heart and cut it up. Then they would all eat a piece and drink his blood. He was convinced that the practice made him and his boys invisible to the enemy. He is now a practicing Christian minister.

The Devil is real and he is ravaging Africa. The problem is that the Devil is not who or what you might think he is. The Devil is the collective energy of all the evil Ghosts in existence. Their energy is like a contagious disease therefore evil energy generates more evil. The Great Spirit is a single conscious entity that is the collective energy of all the Spirits in existence. The Great Spirit creates realms like Earth and populates them with Lifeforms.

Single Spirits enter lifeforms and when they do, an energy field we call a Soul is created. Mature Souls (people who love and care about others) reincarnate time after time but immature Souls (selfish, uncaring, desire dependent) get trapped in the grey-zone as Ghosts. Their collective energy is capable of affecting the living therefore it is like a contagious disease. Humanity thinks that that energy is a single being so they call it the Devil when its really the energy of evil Ghosts.

It has become very easy to get fooled, possessed, and enslaved by Ghosts due to the inequities of life. Africa is going through desperate times and as a result, many Africans are willing to sell their Souls to try to live a better life. Once your Soul is trapped by evil Ghosts, you will never escape the Earth. Your Spirit will abandon your Soul and your Soul will eventually die.

Baby factories are the result of Devil possessions inside the hearts and minds of desperate people. Life maybe hard but don’t engage in ritualism or support Baby factories by selling your children to them. Most of all, never resort to seeking the help of Ghosts because they cannot help you. Many people also make the mistake of calling them “evil Spirits” but Spirits cannot be evil.

Evil Ghosts use the energy of the living to sustain themselves. If you allow them into your life your life will get worse and when you die you will become a Ghost like them instead of joining your Spirit in eternity. 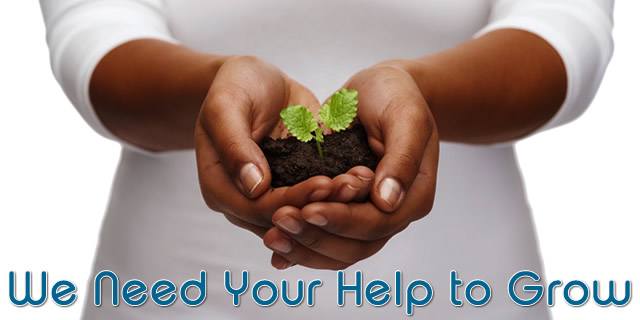 Our mission is to be the ultimate media platform where black people can speak freely and share ideas without fear of white supremacist censorship and surveillance.

Let’s huddle together to share knowledge, to believe in our greatness and to inspire others towards unity.

In order to meet this goal we need to grow our membership. Please spread the word about Blaqsbi by inviting your friends to join this platform.

When you invite your friends to join Blaqsbi you earn 100 for each who becomes a member. You will earn an additional 1,000 when they get a Blaqard certification. Plus you earn 10% of their total earnings.*

This stream is still empty
Nothing found which matches your current filter(s)!

Your post was submitted and is waiting approval by one of the huddle administrators. You will get a notification when it is approved.
/
Update Required To play the media you will need to either update your browser to a recent version or update your Flash plugin.

Blaqsbi is a media platform company located in Charlotte, North Carolina, USA and designed specifically for us to share, believe, inspire.

Our mission is to be the ultimate media platform where people can speak freely and share ideas without fear of white supremacist censorship and surveillance. Let’s huddle together to share knowledge, to believe in our greatness and to inspire others towards unity.

Earn points (Bmunts) for sharing content that makes people think, content that educates, or content that opens the mind to new possibilities. You can use your points to get cash cards (PayPal), Bitcoins, mobile money (WorldRemit) or free merchandise such as tablets, game consoles and apparels.

About Us How to Earn