Login
Huddle: Stand up be Black

Stand up be Black

My huddle aims to change the narratives on the conversations about race by keeping focus on the issues that mattered to us. 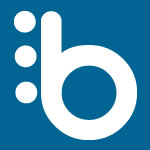 Huddle menu
Timeline Media   Members
Trending tags
#Awakening (67) #Straighttalk (58) #Blunt (50) #SexyCurvyWomen (49) #progress (45) #thoughts (39) #money (19) #AntiBlackRacism (15) #WhiteSupremacy (15) #action (14) #Besmart (12) #swett (11) #AntiBlackTerrorism (11) #Excerpts (10) #Readings (10)
Permalink
24
There is a general feeling among African American that their mainland ancestors failed them or were the reason the ended up in chains in America. I wrote this thinking about all the comments I have read and discussions I have had on the subject. I am offering a different perspective because we must change the narratives in order to bridge the gap and bring our people together.

White people are quick at pointing out that Blacks were involved in the slave trade and that Blacks were the ones selling their people out. Not surprisingly, Many African American hold this view as well. Usually as way to justify distancing themselves from Africans on the mainland.

Let’s analyze this popular version of history; not to reject its validity but rather to challenge the narrative that tends to blame the victim and powerless as a way of shifting culpability away from the true culprits.

A parallel can be drawn between what we are being told about the slave trade and Blacks we refer to as sellouts today.

We are not in the middle of a slave trade or maybe we are, and Blacks are selling their people out just the same. We are all familiar with the notion of a sellout.

A sellout in that sense is a person who compromises his or her personal values, integrity, talent, or the like, for money or personal advancement. As an example, we could say that all Black politicians are sellouts. Most people would include all politicians as sellouts and that would also be accurate with our current political climate. However, we are only concerned with the African American ones.

They are our establishment negroes. Those seating at white power structure table, going along and supporting anti- Black policies. Sadly, they represent progress for our people and our kids should aspire to fill those seats and represent us. They are being used now and will also be the Black faces that will be blamed for not doing enough for their people. Their ultimate goal is to put blood in all of our hands. As Malcolm X once said “They will pay one of us to kill another one of us just to say it was one of us” and that’s what we are dealing with.

History will not be too kind to those sellouts as those controlling the narratives would be more than happy to throw them under the bus. At some point in the future Blacks will complain about their lack of progress and fingers would be pointing at we all know who.
The same way we are being told now that Blacks sold their people out. Those who participated in the slave trade may have partaken with their own free will or not. Knowing what we know about our enemies, it was most likely a scenario where those involved were caught between a rock and a hard place. This system of white supremacy did not come about through honorable means. It was mostly violence or any means necessary to bend people into compliance.

Those who participated in the slave trade may not have had much of a choice in the same way our so-called Black caucuses are powerless figureheads happy to be the Black faces representing those they are cheaply selling out. #slavery #sellout
Read aloud Translate
<>

Promoted
Your Ad Here!
294
F La Shon “ShonSpeaks” Fleming
It’s outrageous that Tyre Nichols was subjected to such terror and brutality by the police during a routine traffic stop. We must hold ourselves accountable for the systemic racism that fuels such injustice and fight for real change.

Stand up be Black

My huddle aims to change the narratives on the conversations about race by keeping focus on the issues that mattered to us.
more