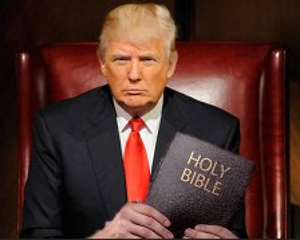 America practices racism disguised as conservatism. The result is that America is now engaged in a political struggle for its very existence as a Democracy. Furthermore, the election of 2020 will decide whether America will wise up and get back on its rocky road toward racial equality or will they allow Donald Trump to sink the country into a Fascist white Arian heaven on Earth.

America was founded on Christian principles, which are the foundation of social Conservatism. Social Conservatism encourages strict adherence to Christian religious values. Most Democratic countries are supposed to operate using a principle known as “separation of Church and State” however, since the people within government live according to religious ideology instead of their Conscience, such a separation is virtually impossible to uphold when Laws and Policies are being formed.

So, since Americas Laws are still being created and regulated by white Christian Politicians, Judges, Lawyers, and Police officers, how do they reconcile the immorality of racism? The short answer is that most of them do not care because they know that they have the power to back up and/or defend their activities. The long answer is that because the Great Spirit that is the Universe is always nagging their Conscience, Racism has become their most difficult internal struggle.

Racially exclusive Christians believe that the Races should never mix. Blacks are cursed and though they may become Christians, they must remain subservient to whites. Whites can do whatever they want to Blacks in the eyes of their god and the Law. In the Judicial system, Black people should be punished more harshly than whites for the same crimes. The ability of Black people to engage in the economic engine of the country should be limited. And the freedom and happiness of Black people should be micro-managed by the Police or any white citizen who decides to take it within their concern (Keren).

The latter Ideology is growing in America today. When they talk about “making America great again” this is what they mean. A lot of foolish Black people are willing to play along with Trump because they believe that their version of Conservatism is more “ethical” than the Racists. They believe that their god is so powerful that he is just using the Racists in a temporary campaign against a greater enemy; the godless Liberals. I say, be careful how you dance with the Devil because no Ethical God uses evil to achieve good.