Respect to the NFAC 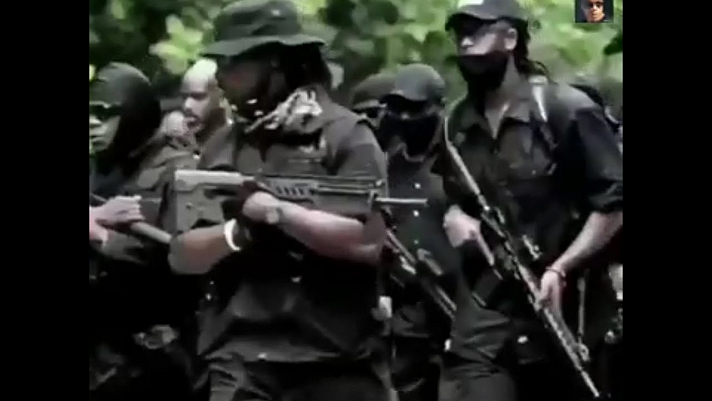 As a Black person looking in from the outside, I say respect to the NFAC Black Armed Militia for bringing much needed muscle to the Civil Rights movement in America. Its time to end the political, legal, and social hypocrisies that racists are using to oppress Black Americans.

There exists a deep hypocritical chasm in America. The scope of this hypocritical chasm can be likened to an actual chasm such as the Grand Canyon. This chasm opened as a result of the immoral nature of humans to enslave and exploit each other. Slavery ended in America 150 years ago but instead of coming to their senses and work to heal racial injustice against Black Americans, white racists have prolonged racism using politics, economics, and Law enforcement.

Black Americans have been fighting to live according to the same Rights as white Americans since the end of Slavery. Over that time Black Americans have had to fight for every Right they’ve gained due to the continued hypocritical and racist actions of a small but powerful group of whites. The power of these racist whites grew out of animosity over losing their political power to the North after the Civil War.

So, not only did they infiltrate and take over the Republican party, they formed Militia groups under the pretense of protecting themselves against the enormous power of the federal government. Every so often we see these white Militia groups in the news intimidating politicians who pass laws that they don’t like or that encroach on their Right to Bare Arms. When Black Americans protest injustice and police brutality white Militias also come out and try to intimidate Black people because most Police officers are also members of white Militias.

Well on July 4th 2020 America witnessed something they had never seen before. Hundreds of heavily armed Black men and women began to march in military formation along a road in Georgia. Their destination was Stone Mountain, the headquarters of the KKK, the most notorious terrorist group in American history. When most people saw the NFAC Black Militia they didn’t know what to think but the answer was simple; they were a Militia, a group of armed citizens with rights under the U.S Constitution to gather in defense of their community. Unlike most Militias we see in the media today comprised of white racists, this Militia was all Black.

The leader of the NFAC knows the Law and Constitution and how to use it effectively against racists and their hypocrisy. NFAC members are self-disciplined, well trained, and determined to carry out their mission of defending the Rights of Black Americans just like the white Militias. I’ve always said; the more we develop pride in our Race it’s the more we will be willing to sacrifice our freedom and our life for our Race. The longer we wait to take our place as a self determinate Race, our children will continue to suffer at the hands of racists.

I’m sure that racists in government, intelligence agencies, law enforcement, and our own jealous Black people who believe that they are not Afrakan are hard at work devising strategies to take down the NFAC. They will use technicalities in the Law, infiltration and sabotage, and misinformation in the Black community to sew fear against associating with the NFAC. They will use unconscious Desire Dependent Black people to frame NFAC members and they will try to limit information about the organization by threatening to defund Black Media.

Black people want the same things in life as any other race of people. Most of all, we want to be happy. However, life has shown us that happiness is nothing without Fairness, Equity, and Accountability. That is why no matter what country we exist in our happiness is always compromised by unethical people. The Heru Interface of Black Consciousness supports anyone who stands for Ethics over Hypocrisy. That is why we respect and support the initiatives of the NFAC.

Promoted
Your Ad Here!
392
F
It’s outrageous that Tyre Nichols was subjected to such terror and brutality by the police during a routine traffic stop. We must hold ourselves accountable for the systemic racism that fuels such injustice and fight for real change.