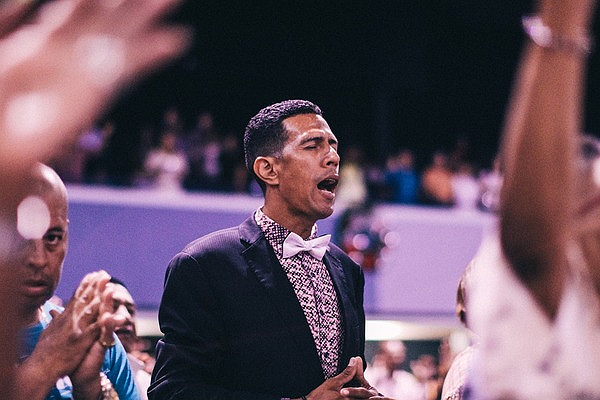 A successful rise in white supremacy will usher in the return of the Black Christian slave class. All Black Christians who are fooled into thinking that the illusion of religion can successfully correct the unethical propensities of human nature better be prepared for an America that resembles the post Civil War South.

Some people might argue the Black Christian slave class never ended with slavery but anyway. Recently while on Youtube watching some videos of some Black pastors who got arrested for all manners of fraud and deception, I encountered a Black Christian speaking about his dislike for Black Consciousness so I proceeded to watch his video for a few minutes as he attempted to disassociate himself from being labeled Black or African. In fact, he referred to himself as Pheno-Racial based on his Blood Type.

Furthermore, according to his delusion, which he obviously acquired from religion, he identified Christians as a racial group that color characteristics should not be applied to. The funny part was that Africans to him were cursed and could never be considered true Christians. WTF, I thought to myself! I knew many of us were lost but I guess this is how most of the Black people who sympathise with and join groups like the Proud Boys think.

Christian Western Values are moral and social values derived from Christian religious beliefs but mostly, they are based on the ideological belief that the white race is the master race on the planet. This belief is backed up by history so over time other races have been subliminally induced into believing it. They are the only race who have colonized every continent on the planet. The English language is the official languages of global Business, Trade, and Communication. And their technologies and culture are the world’s most influential.

Black Christians will proudly declare to also be defenders of Christian Western Values not knowing that they will never achieve citizenship in Heaven. That is because, in a white Christian paradise that groups like the Boogaloo Boys are trying desperately to instigate a race war to achieve, Black Christians will either be wiped out, isolated in camps, or forced into involuntary servitude to whites.

Think it can’t happen and I’m just fear mongering? Imagine that 150 years has passed since the end of Slavery and a dumb Black Christian still cannot convince white racists that he isn’t Black based on his religious affiliation and his Blood type. He sounds like Gandhi when he tried to convince the Apartheid government in South Africa that Indians should be treated better than Blacks because Indians are a higher race than Blacks. You all deserve a Football kick.