Chase Those Crazy Bump Heads Out of Town 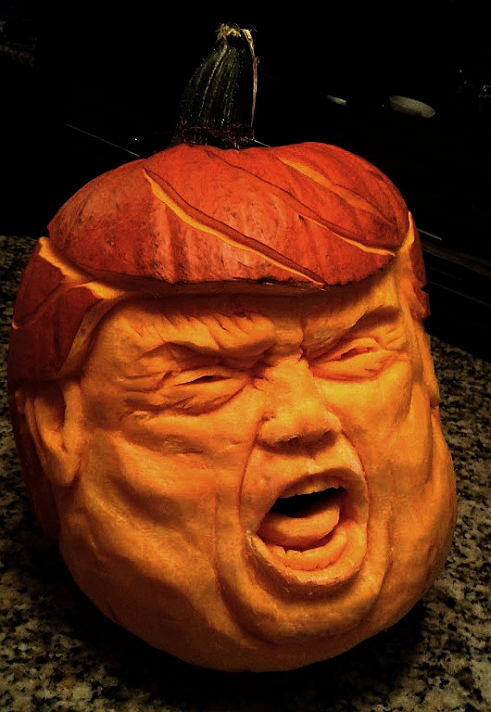 With election day in American merely days away, all sanity pursuing Black Americans must take the initiative to vote so that they can chase that crazy bump head out of town. If you don’t do it, the next 4 years will be scarier for you than Halloween is to a 4-year-old child.

A very famous Bob Marley song says; “We built your penitentiaries, we built your schools, yet you gave us brainwashed education to make us the fools. Didn’t my people before me, slave for this country. Now you treat us with scorn and you eat up all our corn. Well we’re gonna chase you crazy bump heads out of town”.

Some people might say, “brother Integral, you’re not American. Why are you always talking about America instead of minding your own business?” Well, whether I or most people like it or not, America is still the most influential country in the world. It is technology leader, a major cultural influencer, and the economic engine of the planet. Anything that happens in America, good or bad, creates a ripple effect on global stability.

Contrary to white supremacist beliefs, America did not rise to become an empire solely because of white people. Americas prominence in the world stems from Americas multi-racial and multi-cultural make-up. People of all nationalities and races have emigrated to America over the past few centuries. Early immigrants left their countries in search of a better life with better economical opportunities.

Over the past few decades however, America has streamlined its immigration to focus on highly educated people from other countries. In other countries the process is known as “Brain Drain”.  Simply research the ranks of many of the largest corporations in America and you will discover that most are full of Asians, Arabs, Jews, and other non-Arian people.

After 300 years of free slave labor that they used to jump-start America’s rise to global prominence, they refuse to acknowledge the concerns of Black people. And after using intimidation, fear, racism, and discrimination to beat most Black Americans into submission, bump-head white supremacists say that Black people are only un-successful because they love poverty and playing-the-victim.

We know why white supremacists love to focus on Black people; we are easy targets. Unfortunately, Black people in America and the world will always remain that way as long as we remain disorganized, desire dependent, and easily led by conspiracies and propagandas. The chief bump-head loves to say that he has done more for the Black community than any politician in history but what does he mean when race relations have actually gotten worse under his presidency?

Fear of being killed by racist cops and citizens has increased while he hasn't said anything about it. Secure the blue-line he says to the cops and to the white militias he says "stand by". When he says he has done a lot for the Black community it means that he has only given Black people the option to continue playing their position in society as subservient laborers.

Black America; its time to fight back against white supremacists and their politicians in this election by electing people who are sympathetic to the concerns of the Black community. Its time to chase that crazy orange colored bump-head out of town.

Promoted
Your Ad Here!
463
F
It’s outrageous that Tyre Nichols was subjected to such terror and brutality by the police during a routine traffic stop. We must hold ourselves accountable for the systemic racism that fuels such injustice and fight for real change.