The Rise of NBA Mix Culture 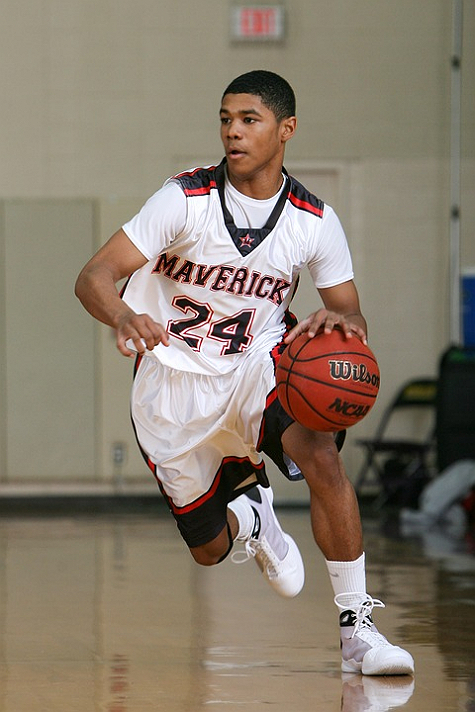 So, I’m watching the NBA Draft last night and I couldn’t help but notice a huge Elephant in the room. Half the new drafts had white mothers. “Does anyone else see this ish”, I thought to myself? But then I said, “Integral, don’t be a damn hypocrite. Your own son is going out with a white girl”. I also can’t lie and say I haven’t dated white women before but my greatest desires were always for Black women.

Today’s Black youth are attracted to other races for numerous reasons. One of them is the fact that in a multicultural society, if you don’t consciously try to remain pro-Black, pop culture will white-wash your thoughts. I’ve actually heard some Black people welcoming this trend in mixed relationships. They say by 2050 mixed children will be the new norm. Racism will disappear and everyone will live happily ever after.

This is not the case when it comes to these new breed of NBA players though. Today’s breed of NBA players come from Black fathers who also played in the NBA. Once they joined the upper class, they completely gave in to their desires and ignored their conscience. They said to themselves, “I want the prettiest white women to have my child because I want my children to be attractive”. There is no other reason I can think of why this is not the case.

Desire is the key driver of human psychology. Once the two most sought-after desires (money and beauty) are attained by an unconscious mind, there is no room for Blackconsciousness. Mixed race children often become some of the most pro-Black people there is but the fact still remains that they will never understand the psychological trauma of other Black children.

Most of the new mix- raced NBA draftees have never known struggle because as soon as they were born, they gained the resources of their already wealthy parents. They fulfilled their greatest goal, which was to make the NBA but it was not to make it out of poverty so they can feed their families, its was to become as great as their fathers were.

Poor Black athletes traditionally had to hope with all their hearts that they could get to College on Scholarships where they would have a better chance of making it to the NBA. I’ll bet that most Scholarships today are regularly scooped up by athletes who could already afford College. I’m not blaming these mixed-race athletes for anything though. I blame society and the system in which Colleges compete for a share of the multi-billion dollar College sports pot.

Scholarships need to be re-prioritized to go toward supporting the millions of great Black athletes who will never make it to the NBA because they cannot afford the training and the financial requirements.