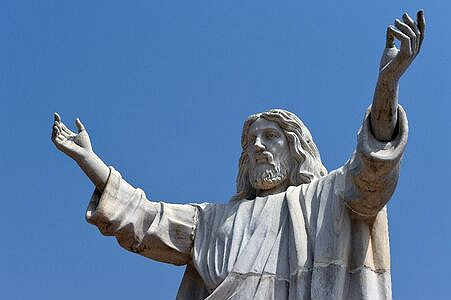 Recently, I watched a renowned South African minister named Prophet Passion Java explain why Africans are cursed. He says its because Africans would rather believe in all forms of traditional Spirituality other than the word of Jesus Christ.

If you wish to be saved and live forever in an illusion, you’d better heed the prophet’s words. On the other hand, if you are not naive and gullible enough to believe the so-called prophet, I suggest that you try to learn why religion was invented and how to avoid becoming mentally enslaved by it.

I like listening to religious preachers; from Muslim Imams to Christian Pastors and everyone in between, they all use the same modus operandi (MO). The MO they use is the psychological carrot and stick routine. It’s similar to the Cheese in a mousetrap mechanism except the objective of religion is not to kill a victim; it is to establish a life-long psychological dependence.

The Carrot and Stick mechanism is an ancient trick used by farmers who want to get their Donkeys to do work. You see, Donkeys are known for being one of the most stubborn animals, therefore the farmer had to tie a Carrot to a stick and hang it in front of the Donkey. The Donkey is too dumb to know that it will never reach the Carrot so it just keeps moving towards it. The result is that you get the Donkey to do work without it even realizing it.

Humans are ten times more stubborn than Donkeys therefore we need more motivation than Carrots to do things. That is because Humans are not just motivated by hunger; we are ruled by a thing called Desire. Desire is what makes us “Want” or crave anything that we feel will makes us happy and content.

Ancient spiritual philosophers figured out the human desire trait and began to design mechanisms to control it. They also devised ways to use desire to manipulate regular people into becoming obedient to them. It was the first form of subservience outside the will of a tribal leader or King. So when you hear the phrase “The Lord is my Sheppard, I shall not want”, then you should know that it’s a Desire controlling mechanism.

Not long after spiritual leaders discovered the power of faith, Kings and the elite class made a pact with spiritual leaders to develop and use religion to maintain control over entire communities and countries. The key ingredient in religion is to use the promise of Heaven to trick people into believing that enormous wealth, unquenchable happiness, and everlasting life awaits them in death if they can only endure the pain of life long enough.

Fast forward 2000 years and the process is still working like a charm. The only problem is that Black people are now waking up and discovering that we have become the most oppressed race of people on the planet. Our awakening is not a co-incidence though; the Great Spirit that is the Universe has always been working on our conscience, keeping the tarnishing effect of Ideology from rusting it over.

I have a message for all you religious ministers; it is our conscience that is telling us that something is not F’ing right about this world! Our conscience is why we are losing faith that there is actually a god that is looking out for us because no ethical god would play such a cruel game with our lives, allowing us to suffer hunger, sickness, violence, and unhappiness.

Can’t you see that other races are not sitting around and waiting for miracles to happen. If that is how life worked then there would be no need for technological advancements because Faith is all we would need to survive every hardship we face. No, faith is not all we need. We need education and the willpower to help us determine our own destiny as a race and not continue to hope for the generosity of others.

Africans are cursed because instead of focusing on learning about life and how reality works, religious prophets are busy telling lies about angels in the clouds, and streets paved with Gold. There will be “no hunger in heaven” because a dead person cannot experience hunger. You have been preaching your nonsense for 2000 years yet none of you can split one bread to feed 500 people.

Africans are starving because you told them miracles can happen so now all they do is hope and prey for miracles. When life doesn't change you tell people that its because they’re cursed for not believing in Jesus strong enough. The HERU Interface of Black Consciousness will render all you prophets useless. All Africans will know that they don’t need to be saved because they are already Spirits. The only reason why Africans are suffering is because you are helping to hide the truth using your unethical religious ideologies that cannot and will never rid the world of envy, greed, lust, complacency, and evil.

Promoted
Your Ad Here!
440
F
It’s outrageous that Tyre Nichols was subjected to such terror and brutality by the police during a routine traffic stop. We must hold ourselves accountable for the systemic racism that fuels such injustice and fight for real change.