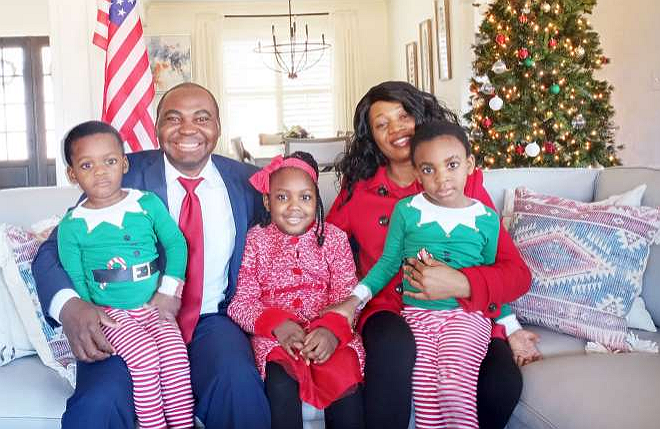 A few weeks ago, a candidate running to be governor of Michigan vowed to end Black History Month in the state if he is elected. His stance on Black History Month is not new as many white politicians have uttered similar views before. What is astonishing is the fact that he is a Black man of Nigerian heritage. His stance has caused an uproar among ADOS (American Descendants of Slaves) who feel that African immigrants are always disrespecting them.

There is no hiding the fact that the political climate in America has grown to become extremely volatile over the past ten or so years. The majority of Americans used to dwell near the center of the political spectrum. Now most have drifted towards opposite ends and guess which end most African immigrants have chosen to support. If you guessed the Right, you are correct and there are several reasons, the number one reason being that Africans are very religious.

Before a war breaks out between African immigrants and ADOS, cooler heads must prevail because we are all familiar with the white man’s tactic of divide and rule. We must recognize that we are all coming from similar circumstances. Ever since African countries began to gain their independence from colonial rule, the tactic of maintaining control over Africans have changed. You no longer see white heads of state and white soldiers, now you see missionaries and Aid workers.

The white man was once the most feared creature in many African countries. Not even the mighty Lion had the ability to strike fear in the hearts of Africans like him but now he is considered a savior. When tribes go to war against each other, he is there as the peace maker. When drought causes famine and millions starve, he is there with food. When poverty forces Africans into desperation, he is there to help. Don’t think that all this help comes without a price though; the price is Christian indoctrination.

What happens when every good thing you know of in life, including religion, comes from the white man? You begin to believe that he was sent by your God to be your savior. So, when you luck-out and get a chance to immigrate to the great land of infinite riches and opportunity, you feel psychological loyalty to the white man for being among the chosen.

You become racially disassociated with ADOS because you feel that they are only suffering because they don’t appreciate the white man. You impress them by dressing up your children in stupid little Elf outfits and pose in front of a brightly lit Christmas tree and say “look, I am different from the unappreciative ADOS. I am loyal. Vote for me and I will do your bidding.”

Before I get accused of bashing Africans, let me say that I’m simply offering a plausible explanation for why the animosity between Black Americans and African immigrants exist. I’m also not putting all African immigrants in the same basket because I know that there are millions of Africans who sympathize with the struggles of Black Americans to gain respect as true Americans. All ADOS do not have the same views about Black History Month. There are many who sacrifice their racial pride for religion and side with the oppressors.