Crocodile Tears of a Demon Disciple 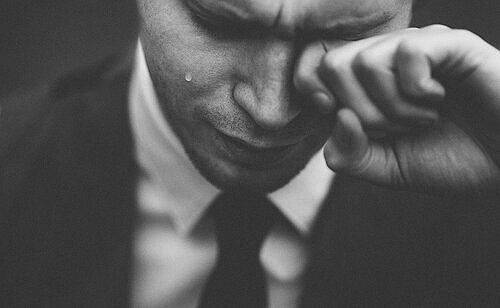 A few days ago, I witnessed the Crocodile tears of a demon disciple. He was delivering the acting performance of his young life, not in a movie but in a court as he explained why he killed two anti-Police brutality protestors. Most people know the demon disciple that I’m referring to. He is the average age of an Army soldier who is trained to kill without remorse but from his performance on the witness stand, you would think he was a child who had just gathered up enough courage to defend himself from some neighborhood bullies. The truth is that he was no innocent child when he killed his victims; he was a well-armed and well-intended bully on a mission to defend white supremacy.

People love heroes, the only question is; what kind of person would love a killer of people who decide to listen to their Conscience and fight for Equal Rights and Justice for all? Demon disciples, that’s who. Demons have been attacking the thoughts of humans for a very long time but contrary to the common narrative that white supremacists are trying to push in society that Demon are the ones responsible for evils such as Pedophilia, they are the ones most susceptible to Pedophilia and unethical behavior because it is they who are under the control of Demons.

The primary conflict within human behavior is one between Conscience and Desire. Conscience encourages humans to function unselfishly using ethics and morals. Desire encourages humans to live selfish, unethical and immoral. Religious philosophers came up with the concept of God a long time ago as a way to control Desire through a 3rd party overseer of human nature. Unfortunately, Demons quickly found ways around God by exploiting the weakness of forgiveness that was built into religion. Most people now work for Demon Gods who promise to forgive them for all the evil they do in God’s name.

White Supremacy is a racist concept born out of unethical and immoral human behavior. It is further solidified in the minds of those who believe in it as the prerogative of their God. White Supremacists operate on the unethical concept that it was their ancestors that built America solely for the white race. They also believe that their God created them to rule over creation and all other races of people are merely subservient disrupters of God’s will. The concept of inclusion is offensive to white supremacists, therefore they will fight against people of their own race to weed out unwanted and dissenting ideology even killing them if they dare to express it.

The demon disciple’s Lawyer is also a master demon because it is he who has coached the demon disciple on how to gain hero status in the eyes of white people who aren’t already white supremacists. The only ones left to reveal whether their Consciences have been compromised and have become disciples of demons are the Jury. Given the history of the courts defending the pillars of white supremacy all across America, we know that this demon disciple will be exonerated. He will then be given his superhero cape and millions of dollars to continue to inspire the next generation of Demon Disciples.

Promoted
Your Ad Here!
352
F
It’s outrageous that Tyre Nichols was subjected to such terror and brutality by the police during a routine traffic stop. We must hold ourselves accountable for the systemic racism that fuels such injustice and fight for real change.