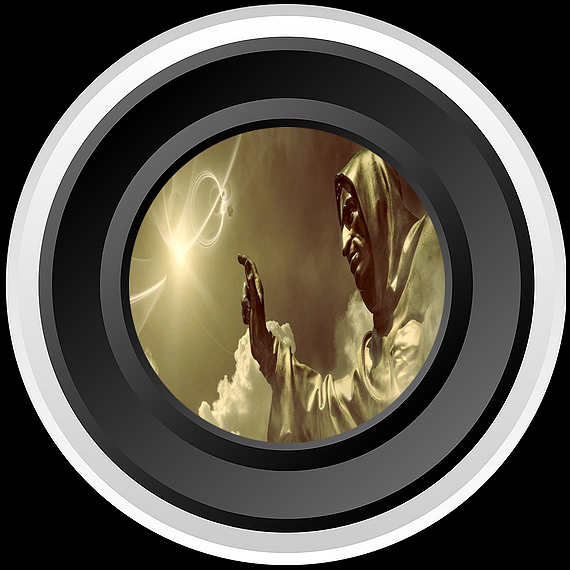 The James Webb Telescope that was launched on Christmas day, 2021 is so powerful that it might see God. This statement might sound foolish or even cynical but it is based on a question I saw someone ask on social media, The person asked that if the James Webb telescope is capable of seeing back in time to the moment the universe was created, is it possible that it will see God?

Most religious people are conflicted with science so when they hear about all the amazing things technology such as the James Webb telescope is capable of doing, it’s only natural for them to try to compare what they’ve been thought about how reality works with how reality actually works. Therefore, it is neither foolish or cynical for someone to ask questions based on what they know as long as they are willing to open their minds to new knowledge.

Most creation stories told within religions state that God created the universe no more than six to ten thousand years ago. Unfortunately, real history does not support that time-frame because based on Archeological evidence, scientists estimate the Earth to be at least five billion years old. Furthermore, scientists also estimate the age of the universe to be at least 13.7 billion years old based on observing the properties of radiation within the universe, one of which is Light.

So, how will the James Webb telescope be able to see the creation of the universe and possibly God himself the moment he snapped his finger and said, “let there be Light”?

Science is the study of things. Unfortunately, Space cannot be easily studied. Therefore, most of what Astronomers know about Space falls under the category of Theoretical Science. That didn’t stop scientists from claiming that the universe was created by a Big Bang and not a God. The Big Bang Theory states that the universe exploded into existence from a singularity of infinite potential force. Astronomers theorize that the primary character of the universe is expansion and contraction. They say the universe will continue to expand billions of more years to a certain point then reverse and contract back into a singularity that will explode once again.

The most astonishing aspect of the Big Bang Theory states that Light from the moment of creation is still traveling through the universe and if we used a powerful enough telescope, we should be able to see what happened at the moment of creation 13.7 billion years ago. In order to understand how we could possibly see 13.7 billion years into the past, we must first understand Light, Space, and Time.

Space and Time are directly related because if there was no Space between things, Time would not exist. When we see something outside of ourself, we are seeing the past therefore, Light is the medium that enables us to view the past. Light travels so fast that it could travel several times around the Earth in 1 second. For that reason, we do not refer to distances within our realm of perception as the past. However, objects in space are so far away from each other that we can refer to the reception of Light from them as seeing the past.

You might be saying to yourself, “this all sounds too outlandish to believe. How do Astronomers know the Sun is 93 million miles away or that Proxima Centauri is 4.4 Light Years away?” Thanks to scientific advancements, there are numerous methods to calculate distance in Space now-a-days but the traditional method used hundreds of years ago by Europeans and thousands of years ago by Africans is mathematics. More specifically, Astronomers of old use Trigonometry. 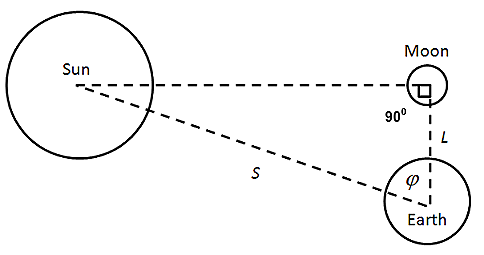 Trigonometry is the study of triangles, which are 3 sided 2-dimensional surfaces. Triangles come in many shapes but the simplest to figure out is a right-angle triangle. A right-angle triangle always has one 90-degree angle so as long as the length of one of the 3 sides is known, all the other degrees and lengths can be calculated with accuracy using a formula known as Soh-Cah-Toa.

The James Webb telescope is anticipated to make countless new discoveries about the properties of the universe and the properties of Stars. It might even discover things about the universe that spawn new technology to travel between Stars. It will discover new Planets and the habitability of those Planets that are circling the billions of Stars in the Milky Way Galaxy alone. Some say it might even discover new life on some of those Planets.

Personally, I do not believe the telescope will see a God because I don’t believe the universe was created by the God of religion. If you are religious then you might be satisfied with Flat Earth and domed concepts of the universe and continue to live by blind faith. Fortunately, there is an inherent curiosity within most humans that compels them towards discovering the real truths about the universe.