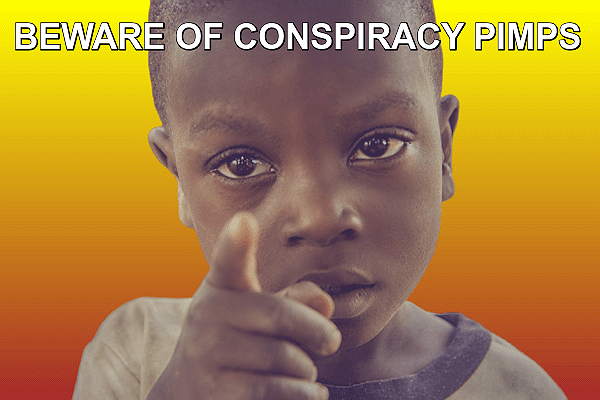 Recently, I began to write another blog about the Russia/Ukraine war but then I scrapped it because it’s hard to chop through the fog being spread by Conspiracy Pimps and Empathy Hogs. So, before you fall for either side think about this; Did you know that Russians and Ukrainians are essentially the same people and both are susceptible to the same thinking when it comes towards their treatment of Black people. In other words, they both engage in acts of racism toward Black people.

For instance; there are Black people living in both countries who are mostly students from Africa. African students in Russia are subjected to racism on a consistent basis. Recently there was a social media video of Russian youths giving bananas to Black students referring to them as Monkeys. In Ukraine, racism against Blacks was on full display as people rushed to train stations to try to get away from the Russian invasion. Black people were thrown off trains to make space for white women, children, and men first.

Ever since Russia began to build up military forces on the Ukraine border, I’ve been hearing misinformation from both sides. Its even laughable how the Republicans in the US are trying to spin the conflict in their favor. These are people who claim to believe in freedom but would rather support someone who suppresses freedom in his own country. So, what is the real goal? The real goal is the growth of white supremacist ideology, which is a crusade toward Insanity. Any Black person who supports such a initiative, even though it is wrapped in righteousness propaganda such as getting rid of Gays and steering humanity back on a Christian path, is naïve.

A conspiracy pimp is someone who pushes ideology-based information into reality because their world view is being challenged by the introduction and revelation of truth. Empathy hog is a term I attribute to people who encourage others to express empathy and sympathy towards people and things they know are non-reciprocal. For instance, Black people who encourage other Black people to feel sorry for tragedies that befall our enemies believing they are being “better people” for such actions. They believe it is what their God wants them to do even though they know that if the tables were turned, those same people they feel sorry for wouldn’t give a damn about them.

Beware of Black conspiracy pimps and empathy hogs who are blinded by religious ideology and years of social oppression that has now enslaved their minds so they are unable to think “outside the box”. Both White and Black people are travelling on opposite paths; one towards Sanity and the other toward Insanity. Do you know which is which? When you fall into the fog of the Conspiracy pimps, eventually Black people won’t be able to reverse our direction. At that point we will be so emotionally weak and empathetic that we will begin to cry when white people kill each other over Sane and Insane Ideals.

Promoted
Your Ad Here!
375
F
It’s outrageous that Tyre Nichols was subjected to such terror and brutality by the police during a routine traffic stop. We must hold ourselves accountable for the systemic racism that fuels such injustice and fight for real change.