The Sound of Hell 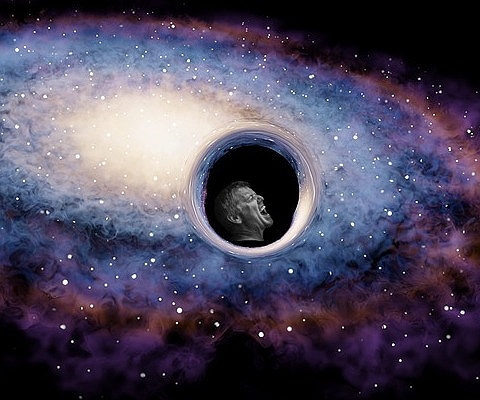 This past week NASA released an audio of what they say is the sound of a Black Hole. The sound is so spooky that not surprisingly, most people who’ve heard it say it sounds like Hell. First of all, although it’s only human nature to classify things according to our emotional reactions, we must be careful not to feed misinformation fear as no one alive knows what Hell really sounds like.

A Black Hole is an area of space that is devoid of Stars and other Light. Astronomers theorize that the reason is because a massive Star once existed there but after completing the process of its death, as all Stars including our own Sun must do, the Star has now transformed into a light-less ball of metal so heavy that it warps Gravity and sucks all matter and Light into itself.

Nothing can escae the Gravity of Black Holes so Black Holes “eat” other Galaxies and Stars that come close to them. In the past, Astronomers could only see the effects of Light and Matter as it gets eaten by Black Holes but now they say they can also hear the process. The Black Hole audio that NASA released sounds like audio from a scary movie. If you’ve never watched a scary movie then you wouldn’t know what I mean because such sounds are only artificially created in Hollywood and do not exist in real life.

Scary sounds were created by Hollywood to play on human fear. No one who’s ever gotten attacked by a Shark hears the “Jaws” soundtrack when they’re getting bitten and no one who’s ever gotten stabbed by someone with a knife hears the soundtrack of the movie “Psycho” while they’re getting stabbed. Sounds enhance your imagination enabling you to better understand and feel the emotions of situations that is taking place remotely.

There are scary sounds in nature such as the sound of a vicious predator but when it comes to other things that we might fear such as; the sound of a Ghost, a Zombie, or Hell, Hollywood has brainwashed us all as to what they sound like. Now we believe a Ghost must sound like a hollow gust of wind, a Zombie must sound like a maggot infested piece of meat, and Hell a howling chorus resembling human pain.

The worst classification of the sound of a Black Hole comes from people who are constantly on the lookout for the end of the world according to their religious scriptures. It’s no surprise that they’ve quickly equated the sound of the Black Hole to the Hell described in their scriptures. They say the howling sound in the Black Hole audio is the agony of bad souls trapped inside that cannot get out. In essence, the Black Hole is the Hell and it was discovered because the “end is near”.

Elementary logic:  If nothing in existence can escape the pull of a Black Hole, not even Light, how is NASA able to capture a sound coming from a Black Hole? The sound that NASA has captured is merely the effect of the Gravity of the Black Hole on particles of matter between us and the Black Hole. (Turbulance)

If the sound of a Black Hole sounds like Hell to you and it makes you happy then congratulations, you’ve discovered another sign of the second coming of your lord and savior. It’s your crutch or comforter since most of you have been wishing and praying for such a sign for a very long time. I have another question for you though; how many signs of the end of the world have come and gone since the death of Jesus?

Religious fear mongers hate science but every time science reveals an aspect of nature that was not known before, they rush to equate it with religious illusions. I’m glad that there are still sensible people who are actively seeking knowledge and do not equate sound of Black Holes with Hell.