Kanye Says He is Being Humbled by God 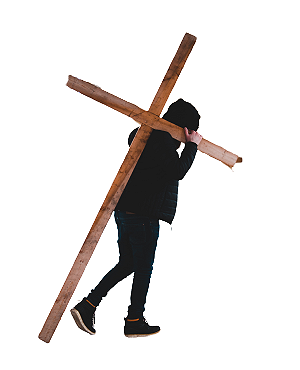 News travels fast in the age of information so by now most people have heard that Kanye West has completely changed his stance against the Jews and has even apologized for upsetting the Black community. He did so after losing his biggest contract, which was with ADIDAS Sports. Not surprisingly, Kanye has a lot of excuses for his behavior but unlike his idol Donald Trump, Kanye seems to be listening to his advisors. Probably his greatest advisors are his Christian therapists because it must have been them who gave him the perfect scapegoat for avoiding accountability. They told him to say that he is being humbled by God.

Damn, it was only a few weeks ago that I resolved to never write, listen, or view anything about Kanye West again but here I am like a narcissist who has nothing else to do besides giving time to someone who I’ve grown to despise.  My excuse; writing is my therapy. Plus, its not like I can avoid Kanye West because Social Media algorithms are pushing topics about him to the top of my feeds and even traditional news networks are all talking about him. So, here I am with another Kanye psychoanalysis.

Kanye West, the self-professed genius, has been upsetting the Black community with his pro-white supremacist Christian rhetoric for the past ten years but it wasn’t until he publicly attacked the Jews a few weeks ago that the financial establishment took steps to censure him. So, what did he say about the Jews that was so different from what many Blacks have been saying for decades? Nothing, yet hundreds of Black people on social media have been throwing praises his way for speaking out about Jewish exploitation of Black people in business and entertainment. It made me shake my head and wonder about our short attention spans and how we tend to support sensationalism over hard work.

In my favorite Kanye west song he said, “Excuse me; was you’ll saying something? You can’t tell me nothing” but someone should have told him to take his own advice and, “Don’t fix your lips like collagen then say something you gone end up appologen”. As I said, I used to be a Kanye fan but because of his religious and political antics I’ve stepped away.

What entertains me about Kanye West’s apology to the Jews and the Black community is the slickness behind his apology. It shows how easily religious belief can be manipulated and twisted in an infinite number of ways to skirt individual accountability. In terms of his Jewish apology, Kanye simply said he didn’t realize that the words he used endicted the entire Jewish race but when it came to the Black community, his excuse was divine intervention. Kanye said that he has to apologize to the black community because God has humbled him to do so because he flaunted his wealth in the Black community’s face.

Beyond the religious mumbo-jumbo, Kanye had to apologize to the Black community because there is nowhere for him to run back to for solace other than the Black community. The Black community will now forgive and forget his past transgressions because our heroes are few and far between. He will also fall back under the wings of the angels of his God and be exalted by Black Christians as a prophet who is being persecuted for speaking his mind.

Even if Kanye loses all his wealth, he will always have a religious excuse but knowing Kanye, he might not be able to handle to much more humbling before he starts publicly lashing out at his God. I can even guarantee that at some point we will see him dragging a huge wooden cross through some city street.