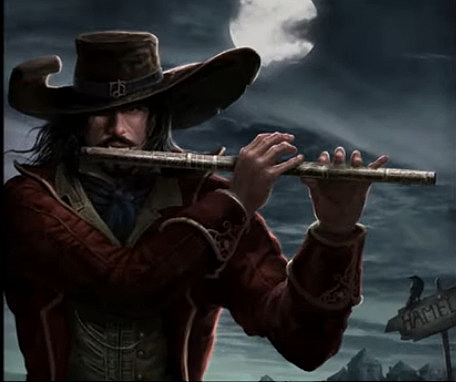 Black social media has a hidden Pied Piper and his song is ignorance. This might sound cynical but I’m only saying this because I’m tired of all the conspiracies surrounding Kanye West, Kyrie Irving, and other issues involving the global Black community. Should I get off of social media and keep my ass quiet then? I don’t think so; I’ll continue to state that Black people need to start playing a different tune because we are on the wrong track about Life.

The Pied Piper is a character in a story that is known worldwide. It is a story of a man who was hired to rid a German town of its severe Rat infestation. He did the job by using a Flute to play a seductive song that the Rats couldn’t resist so they all followed him out of the town never to return. The town then refused to pay the Pied Piper for his services because they felt he did the job too easily. The man then got revenge on the townspeople by ridding them of all their children.

The story of the Pied Piper is an allegory about the importance of honor and honesty but those things are not what I’m going off about. What I’m talking about is the prevalence of Mind control in the Black community. The Pied Piper story says that the man played a song that made the Rats and the Children feel very happy and very sad at the same time. It was so alluring that they couldn’t resist hearing it. That means that the Pied Piper hypnotized them.

If you understand how the Mind works, you will know that happiness and sadness are characteristics of our emotions and emotions are controlled by Hormones. In essence; we all can be controlled by anything that stimulates our emotions, driving them into the extremes of addiction. The new Pied Piper for Black people is victim mentality conspiracies. It knows that we love to feel the emotions that conspiracies generate within us. We are then willing to sacrifice our good sense and a way out in order to dwell within it.

The Black Pied Piper just dropped a new Album and because he is in tuned to everything your heart desires, it contains a song for everything you can think of. Here is a list of some of the infinite number of songs.

Track 1. Kanye is a Genius and Knows Exactly What He Is Doing.
Track 2. Kanye was forced to Sacrifice his Mother to become a Billionaire.
Track 3. Black Americans (Negroes) are the real Jews.
Track 4. The government is hiding the truth about Black people.
Track 5. America is the real holy-land and both Israel and Egypt are hidden here.
Track 6. Black celebrities sell their Souls to get rich and are killed when they tell the truth.
Track 7. Kanye is the new prophet that was sent by God to save Christians.
Track 8. Kyrie Irving is another prophet that is trying to reveal the truth.
Track 9. Black celebrities sacrifice their family members to get rich.
Track 10. The Illuminati Controls the World.

And here are some classic tracks that everyone knows and loves. “God is Real”, “Jesus is Coming Soon”, “The World Is Ending”, and “The Earth is Flat”. Beware of the Black Pied Piper.