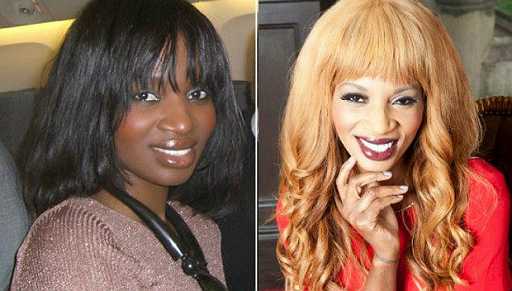 That’s right. We don’t care what the excuse is;“I’m not happy or I can do what I want, it’s my body”.

You are foolish because you haven’t taken the time to understand why you are Black. Instead you allow your mind to be enslaved by desires of a false reality. That is why joy will be fleeting for you and you will die only happy in the folly of your ignorance.

How many Black people know that they are the original Humans, the only true source of pure Human DNA? Not many. Instead they believe what others tell them that they were created by some Santa Claus looking man called God or they evolved from Monkeys. Not many Black people know that they were specifically designed by the intelligence of the Universe, 99% of which exists in and is rich with Pure Dark Energy Waves.

Pure Dark Energy Waves is the essence or either of the Universe. It sustains us by entering our Minds at night through our Pineal Glands to produce hormones that function to regulate our Brain and Body functions. Those hormones also have healing properties that repair our Cells at the DNA level. Every Cell in our bodies function in darkness but since most Black people have been fooled by others into worshiping Light they have become blinded by the Light and think that in order to live Light is all they need.

The more you are fooled by the Light (physical Light, not the symbolism for knowledge) it’s the more foolish you will become. Your minds will become further isolated from the healing Energies of the Universe like them and you will continue to compensate by relying on religious fantasies that hold you subservient to them because it is their creation. You will continue to hate yourself because you wish to be white like them.

You are foolish because you believe that Time and Tide is linear which means that others control you and it will never change therefore, the only way to fit in is to become like them mentally and physically. The Black man has become a slave to this desire and lusts for the white woman. The Black woman thinks that in order to compete against the white woman they have to bleach their skin. Both Black men and women come up with all sorts of excuses for their skin bleaching foolishness.

Black people, stop the madness of bleaching, whitening, and lightening your skin and have some pride in your race. You had civilizations long before any other race of people. In fact, those other races of people once had to come to you to learn how to become civilized. Any knowledgeable Black person who takes pride in his or her heritage would never try to change what the Universe gave them therefore only foolish Black people bleach their skin.

Promoted
Your Ad Here!
372
F
It’s outrageous that Tyre Nichols was subjected to such terror and brutality by the police during a routine traffic stop. We must hold ourselves accountable for the systemic racism that fuels such injustice and fight for real change.