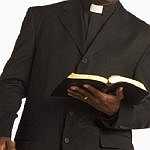 From the responses to several posts as well as my own personal observation of society, I can tell that there is a great divide in the religious direction of Westerns compared to continental Africans. Westerners are trying to shed our dependence on the spiritual beliefs of our oppressors while continental Africans are strengthening their beliefs, whether it is for Christianity or Islam.

This spiritual trend is due to several factors that without good understanding may alter the quest for unity within the Afrakan race. Westerners are abandoning Christianity and Islam because although we have adopted them over hundreds of years it still hasn’t translated in gaining us respect from our indoctrinators. If their religion is the ultimate example of their psychological development yet it hasn’t stopped them from hating us then why should we persist with their beliefs?

Conversely, continental Africans are embracing Christianity and Islam in droves. In fact, statistics show that while both religions are fading worldwide, they are experiencing the highest growth rates in Africa. Why? It is because of an intentional process of altering the Thought process of Africans. First, they remove your cultural traditions and replace them with European and Arab traditions. They rape the natural resources from the land and leave Africans with scraps. They stoke war and division between the tribes and when people fall into desperation, they send in Aid organizations and Missionaries to help.

The hidden process is (Aid and Religion for Food). Soon you begin to believe that anything European and Arab is Good. You begin to think that Western Blacks are ungrateful for the white and Arab man’s help and their religions. Eventually you begin to believe that no one can be more religious than you. We have gone through it before my African Brothers and Sisters. We became the best Christians and Muslims and we live as their neighbors yet we still get hate.

Our conclusion therefore is that accepting their religions does not help us. We both need to go back to the Spiritual beliefs of our ancestors.