Lets share great stories and achievements in our community in the U.S. and around the world.

5
P
As presently situated, black communities (that is, the people within them) will never break the shackles that bind them to an eventual apocalypse.

And, like the four horsemen in the biblical story, there are four leading reasons why black people can’t organize to save themselves.

They are: fear, ignorance, inertia and a psychology of dependency. 🤬

When black people were Negroes, the worst and most common fear was of the white man.

On the slave plantation, it was fear of the cat-of-nine-tails – the whip that tore through skin and pain, leaving scars for life. It was the daily fear of being worked to death.

And then there was always the next day, the day anyone could be torn away, sold far off to another strange place, to new loneliness and more homesickness.

But now that Negroes have become black people/African Americans, and while fear of the white man is omnipresent, the greatest fear is of each other, and especially of young black people – males in particular.

Trust cannot adhere where there is fear!

The cumulative effect of slavery in the Americas (aside from the development of enormous wealth for white people) is the almost universal development of ignorance among people of color. Skilled enough under “supervision” to build and maintain plantations, railroads, ports and even the White House; to suckle and raise white babies and children; to cook, clean and run white people’s homes, black men, women and children were yet imbued with an inferiority complex.

Black people were flogged or killed before assembled slaves when caught learning or teaching to read and write. Since being allowed access to “education,” however, blacks are thoroughly conditioned to the Anglo-Saxon Priori, the Judeo-Christian Ethic and the Democratic Ideal – what I call white nationalism.

During slavery, the Willie Lynch system of divide and conquer through which blacks were divided from cultures, languages, tribes and families created total submission and dependence on the white man.

He became Master, and will continue to be unless and until black people learn to organize, organize, and organize!

We need UNITY and SOLIDARITY ✊🏾 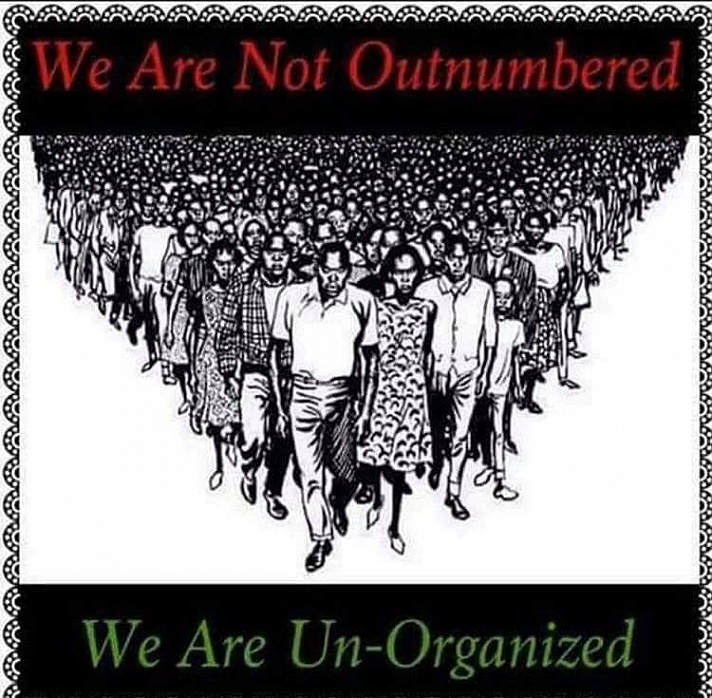 Mainstream social media has been weaponized against black people. Yes, they allow us to create groups and pages dedicated to black people on their platforms. Because they are all controlled by people who are working hard to keep white supremacy alive, the minute we post something positive about black empowerment or expose rampant racism we end up in social media jail.

We must have a place where we control our narrative. Welcome to Blaqsbi. Our mission is to be the ultimate black social media platform where we can speak freely, share ideas, gain economic freedom, organize and unite without fear of white supremacist censorship and surveillance.

We are 715,401 members strong and growing. Join the mental liberation.

Lets share great stories and achievements in our community in the U.S. and around the world.
more