This huddle is for us to have open and honest discussions about all religions.

Huddle menu
Timeline Media Polls   Members
Trending tags
#Awakening (46) #blackwomenaresexy (24) #Blunt (17) #earnmony (16) #Straighttalk (15) #trending (14) #BlackWealth (12) #God (11) #IAmBlackMedia (11) #usa (10) #BlackNetworking (9) #progress (9) #FIFAWorldCupQatar2022 (9) #bitcoin (8) #worldcup (8)
Permalink
10
I received this book today and was astonished by much of the author’s original writings. I skimmed through the “commentary” and focused primarily on the original writings, some of which is in poor quality because of reproduction I suppose.

Anyway, once you get past the insulting and disrespectful way in which Jones speaks of the Afrikaans (slaves), it’s quite clear that the book is an instruction manual for teachers (masters) and what they should all be teaching their servants.

There are very few references to scripture, except when it supports the masters belief (never mind the full meaning or totality of scripture). Don’t forget, they didn’t teach slaves to read, which is why it was that much easier to influence them and guide them.

There’s a paragraph that talks about the fact that the masters actually feared the Afrikaans of the south would take quite literally, Exodus. So that’s where Jones steps in an basically trains other plantation and slave owners to address the needs of the souls of black folks.

Jones explains the processes used to keep servants docile and going along with the master’s plan. The master, being Christ’s representative of course.

Things like obedience is discussed a lot. Obedience to the master that is. Here’s a quote. Jones writes “It will be noticed that obedience is inculcated as a Christian duty, binding the servants, and thus the authority of the masters is supported by considerations drawn from eternity. Let as many servants as are under the yoke count their masters worthy of all honor…..”.

I had to stop writing, I started to gag for a second.

The book plainly states that the masters/slave owners form themselves into a voluntary association, and take the religious instruction of the colored population into their own hands. To hold meetings in a building other than the place where the slave resides (the original church). The author also talks about avoiding certain doctrine that separate different religious denominations. ??

The book literally explains how the master should become acquainted with the slaves (families) as extensively as possible. Basically get to know them personally and to be sure to become especially acquainted with the influential servants. (Young and old). Hmmmm….See.

There’s so much bs I can’t hardly fathom why these facts are so hard to accept and their meaning rejected. #cognitivedissonance

Jones clearly states that masters establish themselves as the authority to deliver the gospel to Afrikaans/slaves. Slave owners were literally on the same page as far as instructing slaves on Christianity.

I’m pretty much done with the book. Just need to read the section on Catechism and maybe read a bit more of the commentary. Overall, I give this book two thumbs up for its effectiveness in the brainwashing of Afrikaans in the south. Good old Bible Belt. That’s where it all started and spread from there…..like the Bible, these are Man’s word’s as far as I’m concerned. If read very carefully it’s clear to see. As most Christians know, the “god” of the Old Testament is very different than the “god” of the New Testament. Man’s god that is.

I took a picture of one page of the book and highlighted the commentary that I thought might spark some critical thinking. But probably not.


Also keep in mind that in Washington DC there is The Museum of the Bible. In that museum is an original copy of the Slave Bible. Remarkable, not by what’s in it, but for what’s not. I’d love to get my hands on that one. Lol. 😘


I’ll be done with Jones’ book in 25 minutes or so and will place it in my garage where I keep other religious books that I reference from time to time.
Read aloud Translate 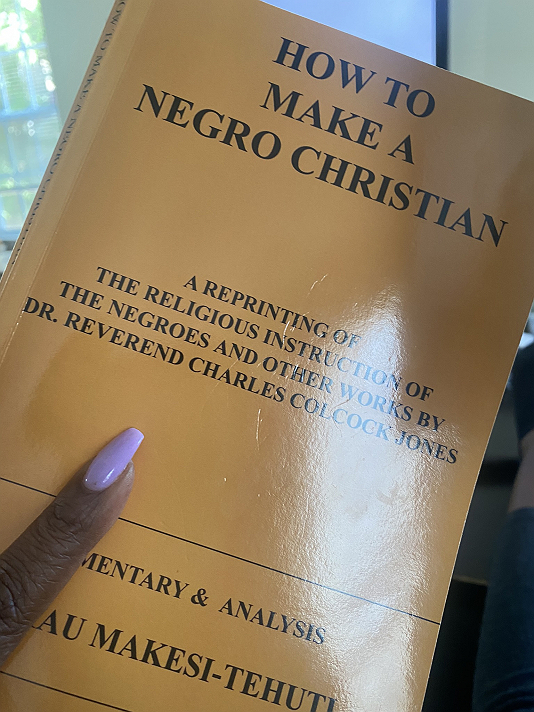 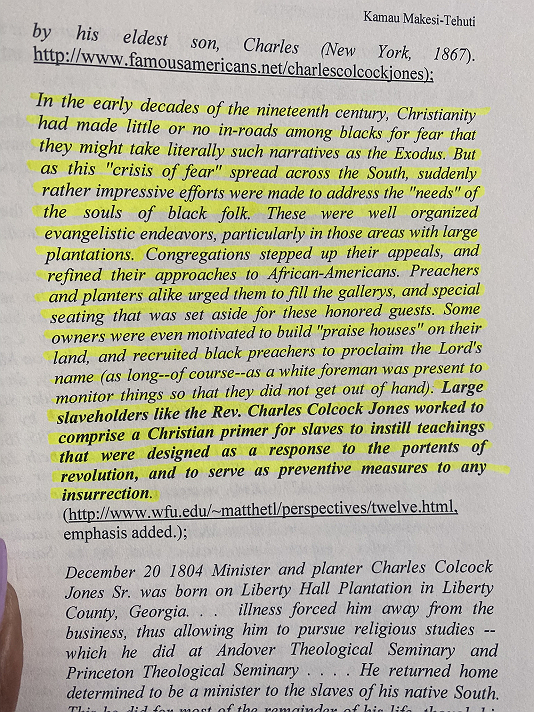 1/2
<>
Join and connect with 762,347 like-minded inspirational people from all over the world who are sharing, believing, inspiring.

Your post was submitted and is waiting approval by one of the huddle administrators. You will get a notification when it is approved.
Join and connect with 762,347 like-minded inspirational people from all over the world who are sharing, believing, inspiring.

This huddle is for us to have open and honest discussions about all religions.
more